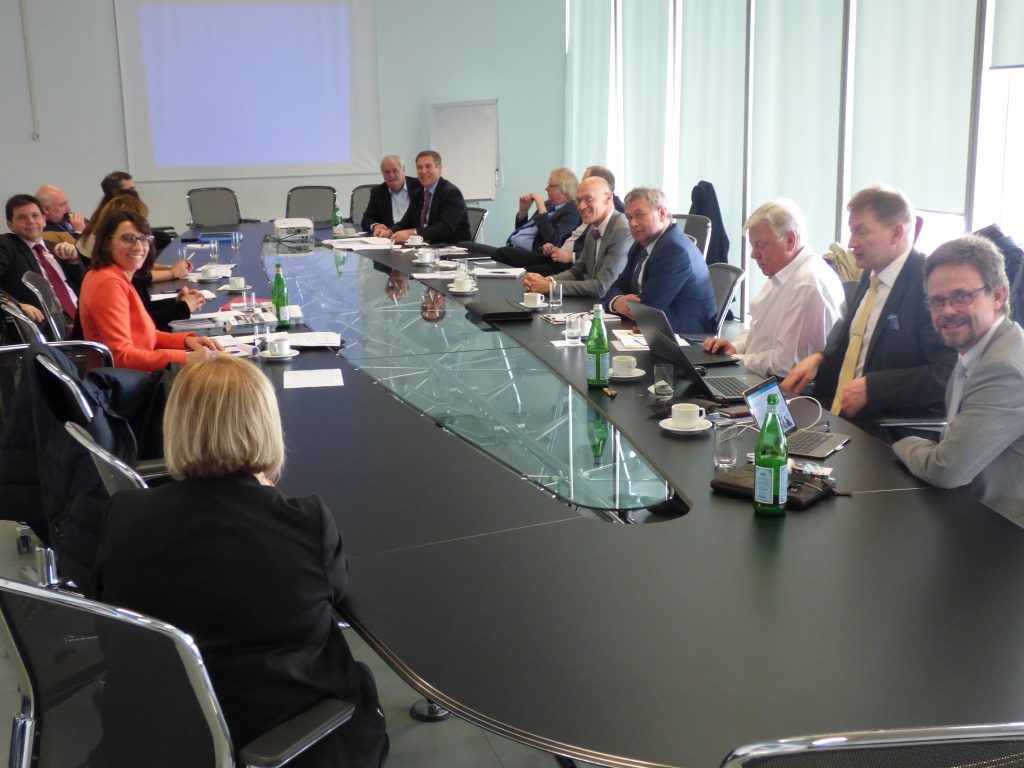 The 2016 FEST General Assembly was held in Milan during the Mostra Convegno Trade Fair in March.

At this meeting, Mr Benedikt Mahr retired as President after serving two years in the role. The new President, Mrs Caroline Van Marcke, was formally appointed and then thanked Benedikt for the work he had undertaken during his time in office, particularly initiating the new strategic plan for the future of FEST. She went on to present her plans for the future development of FEST in support of its members. As the CEO of Van Marcke, the largest sanitary and heating wholesaler in Belgium, Caroline has great knowledge and experience of the industry. She will hold the position of President for two years.

Mrs Beatrix Pollack was then voted into the role of Vice President. Beatrix is the CEO of SHT and OAG, one of the leading wholesalers in Austria. It is hoped that she too will bring further inspiration to the future of FEST.

A further major change was also voted through at the Assembly in the appointment of Mrs Sue Knight as Director General, to replace the Frans Geurts who is retiring after 16 years. Sue has wide experience across the UK having been Managing Director of a substantial UK independent wholesaler, and subsequently Plumbing and Heating Purchasing Director of a UK National Group. Sue has been closely associated with FEST for many years and was President in 2010-2012.