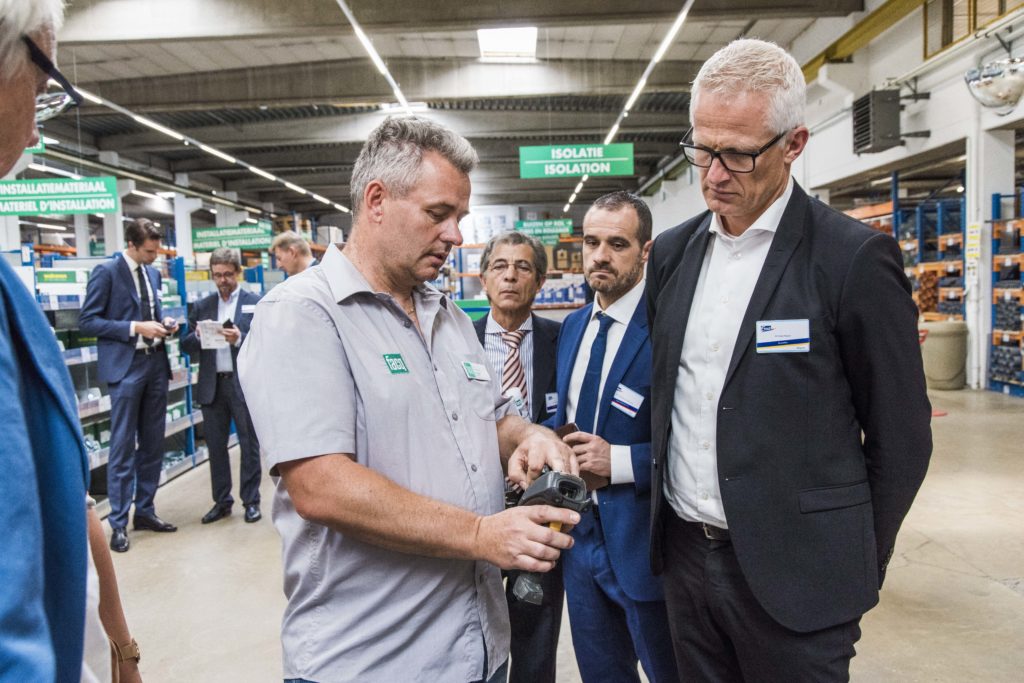 More than 30 wholesalers from 10 European countries took part in this year’s Field Trip to Paris in early September, visiting a number of businesses in and around the city and benefitting from a unique networking opportunity amidst industry colleagues.

The group commenced its busy schedule on the Wednesday with a visit to Orvif, an independent wholesaler operating from a central distribution site based in Orly and servicing branches across the region. Now into its third generation of family ownership, the group were shown around the business by the founder’s grandson, Benjamin Roux, who gave a detailed explanation of how things operated from the Orly site. Later that same day he showed us round a branch at St. Denis on the outskirts of Paris.

To give a flavour of true Parisian life, the group ended the day by dining at a typical French restaurant in the heart of the Montmartre district, close to the Sacre Coeur.

Thursday’s programme was equally tightly-scheduled, beginning with an early departure from the hotel to take the group to La Halle de Pantin, Saint Gobain’s landmark Paris trading site and home to all of its major brands associated with building materials distribution, including plumbing, heating, electrical and tiles, as well as partnership businesses offering tool hire. This was a unique opportunity for wholesalers of all sizes to examine, at their core, the different trading styles one of Europe’s major conglomerates operating side-by-side in close proximity. The group were given a detailed guided tour of the site by Olivier Mercadal, Head of Plumbing & Heating and a longstanding Board member at St. Gobain. He then accompanied us to the European Group Headquarters, where a presentation on the St.Gobain’s history was made before a networking lunch generously provided and attended by our hosts.

More followed that afternoon, as the group were driven to a different part of Paris to visit Au Forum du Bâtiment, another independent, this time trading from a fully-automated warehouse and distributing next day to numerous destinations across the whole of France. Again the group were given a full guided tour by the owner, a plumber by trade, who had grown the business from scratch in 1992 after becoming disenchanted with service levels provided by material suppliers at that time.

To close the day, the wholesaler group were driven around the sights of Paris before alighting the coach and ascending to the first floor restaurant of the Eiffel Tower for a formal dinner with fabulous panoramic views across the city, kindly sponsored by supplier Atlantic.

Having packed in so much already, the group’s final visit before the lunchtime departure on Friday was to the flagship showroom of Duravit, France to see the newly refurbished displays. M. Albrecht von der Gröben, Duravit’s Head of Export, presented a potted company history followed by a full design and technical brief about the company’s latest products.

If you would like to express an interest in future Field Trips please contact the Director General at info@festassciation.eu